Smart phone apps for your teen

Teens can gain so much from apps that support learning and encourage their development.

Last year, a photo was widely shared on social media as evidence of the downfall of modern civilisation in general and teenagers in particular. It showed a group of students sitting in front of The Nightwatch by Rembrandt van Rijn at the Rijksmuseum in Amsterdam. But they weren’t looking at the masterpiece before them, their heads were all bent over their cell phones. Fast forward a year and the photographer and school group have come forward to explain that the photo actually showed the students using the museum’s app to learn more about the painting that they had been raptly studying a short while before.

Society has a tendency to fear and condemn the new. While no-one’s denying that teenagers spend an awful lot of time looking at screens, there are also enormous benefits to living in a connected world with a wealth of knowledge at your fingertips, and with the solution for any challenge being, “There’s an app for that.”

This being the case, we have rounded up a selection of the best apps for teenagers – not the social ones or the fun ones or the fashion ones, but the ones that have the potential to enhance their lives or solve the problems that they are faced with every day.

MathwayThis is a fantastic app for students struggling with maths problems or coming to terms with new mathematical concepts they might be learning at school. You can enter a maths problem either by writing it in or taking a photo, and it will show you the solution and how to get there. Of course, this could also be used to do your teen’s homework, so it’s probably best used under supervision.

Color therapy The adult colouring craze that has swept the world doesn’t have to be limited to adults. Teens can also benefit from the meditative and restful activity of colouring – even if they are doing it on their smart phones. There are dozens of adult colouring apps out there, but Color Therapy is particularly highly rated. It is only available for Apple products, though, so you can check out Adult Colouring Book Premium if your teen uses an Android device.

Mindshift MindShift was designed to help teenagers who are struggling with anxiety. The app aims to help users to confront the source of their anxiety, rather than avoid it altogether. It guides them through recognising the symptoms and the causes of anxiety, coaches them through exercises to relieve the symptoms and helps them to set life goals. It tackles social anxiety, worry, panic, test anxiety, perfectionism and conflict.

DuolingoIt’s extremely beneficial to learn foreign languages – it unlocks a world of possibility and gets the grey matter working. Duolingo is a free but brilliant app that teaches language in bite-sized chunks and tests your progress along the way. The app uses “gamification” – making a process into a game – to guide users through the language learning process and reward them for their progress. This is a great app as a standalone learning tool, or to support mastering an additional foreign language that your teen might be learning at school.

Irunurun This is an easy and intuitive habit tracker that gamifies (that word again) the process of forming new habits so that they stick. Users enter the habit that they want to track, and then give the activity a point value. Each week starts with zero points, and users can add points each day, or even ask others to participate in an “accountability team” that helps track their progress. It’s like a star chart, but for teenagers!

Wunderlist Teens often struggle with focus and prioritisation. Well, there’s an app for that! Wunderlist is a productivity tool that is particularly well suited to mapping homework assignments and study schedules. It allows for due dates to be entered and reminders to be set along the way. Parents can be made “collaborators”, so you can set your own alerts and reminders for your teens as well.

Get on your phone, now! The only problem with introducing all these fantastic apps to your teen’s universe is that it will make it harder for you to tell them to “Get off that phone!” However, the reality is that they are already immersed in the digital world, so you might as well support them in making the most of their connected time. 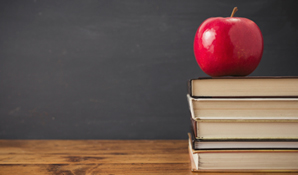 What’s the best way to save for education?

You’d like to save for your child’s education, but you’re not sure where to start. Here is a handy guide to the education products on the market. 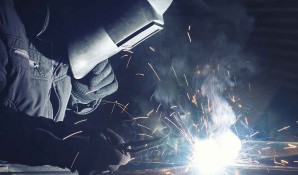 Artisanship vs a degree? We investigate

Is a university degree the only way to go after school? Discover the many advantages of learning a trade. 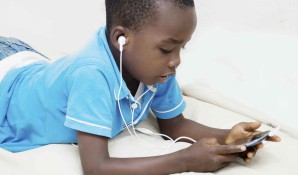 It is every parent’s responsibility to keep their kids safe. But online threats are so much harder to understand and manage. Emma Sadleir explains. 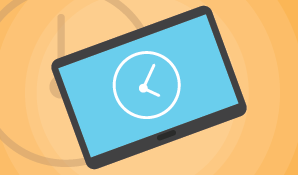 How much screen time should your child be getting?

Screens are everywhere. They are a part of how our children play and learn. But there are still good reasons to limit the time kids spend staring at them.