6 surprising things that affect your driving

Do you engage in any of these 6 risky driving behaviours? 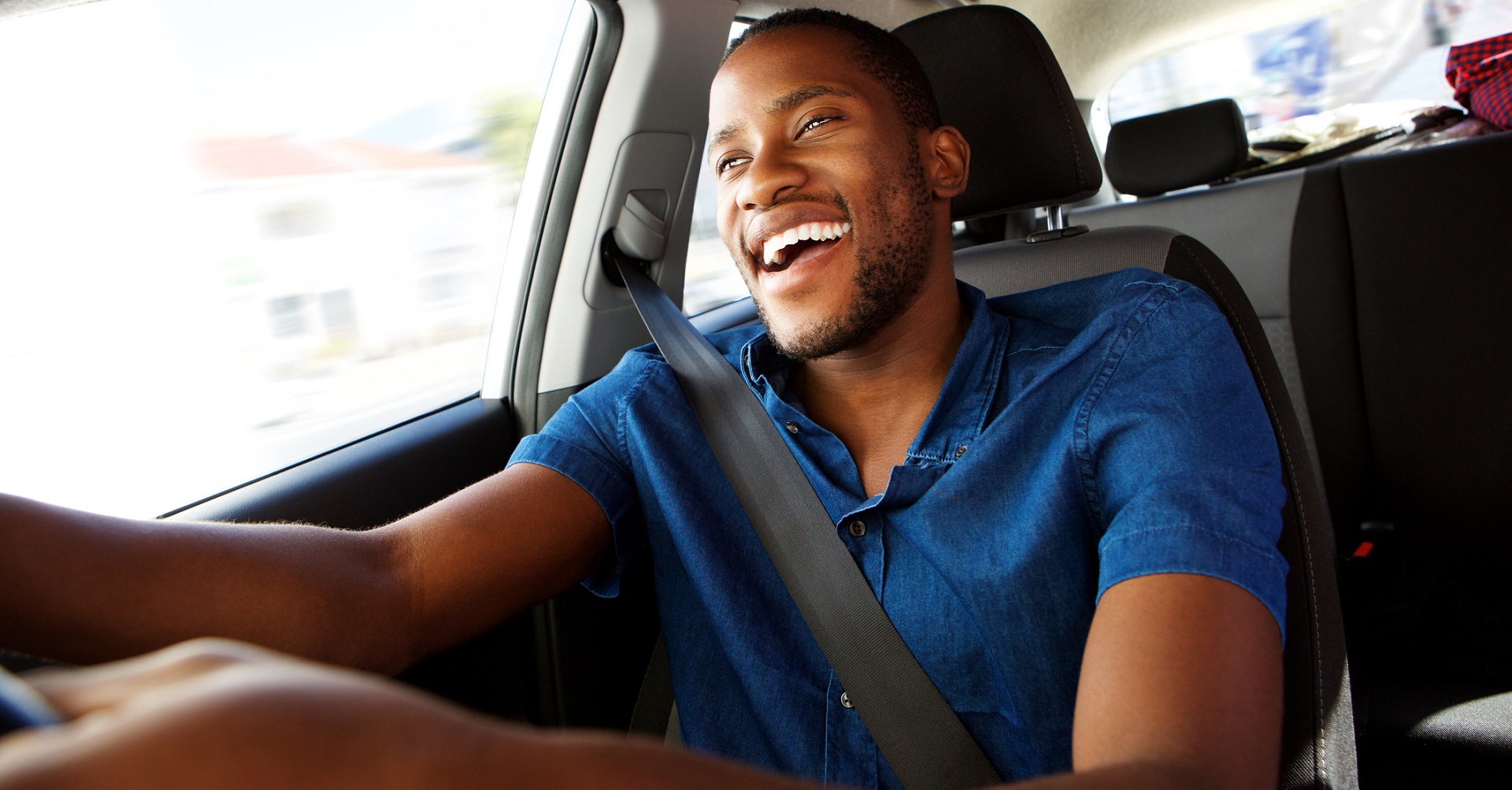 Everyone knows that driving drunk or while talking on a cellphone is a bad idea, but there are other driving behaviours that are also risky. We took a look at some of the things people do while driving every day that could be putting their lives at risk.

1. Wearing the wrong shoes To drive safely, the heel of your foot needs to be resting on the floor of the car, so that you can apply the correct, controlled pressure to the accelerator and brake pedals. Using your heel as a pivot gives you the right amount of control that you need to accelerate and brake when you need to.

If you wear high heels while driving, it distorts your ability to measure how much pressure you need to apply, reduces your grip, puts you at risk of getting the high heel stuck in the floor mat and reduces the speed with which you react to brake.

But if flip flops were your backup plan, think again. Research has shown that this comfortable footwear makes deceleration up to 0.13 seconds slower. Moving a foot between the accelerator and the brake in flip flops takes twice as long as in wedge heels, and the force applied is much lower in flip flops than in wedge heels. And of the people surveyed in a study, one in nine said that they’d had a flip flop get stuck under a pedal.

Driving barefoot isn’t great either, as without the tread of shoes, your feet can slip off the pedals, become cramped or even get stuck under a pedal. And if you were to be in an accident, you would be at far greater risk of a foot injury.
So, what shoes should you wear for safe driving? According to Arrive Alive, the ideal driving shoe is comfortable and flat, encloses the foot, and has a sole that’s around 4mm thick.

2. Playing your music too loud Who doesn’t like to sing along to their favourite tunes while driving? But a word of warning… don’t pump the volume button all the way up. Loud music decreases a driver’s ability to react to sudden movements and make decisions, according to a Canadian study.

The study revealed that reaction times decreased by up to 20% when a person was listening to music at a loud volume. That 20% delay was potentially fatal, even if the driver was driving at moderate speeds.

So, by all means, enjoy your favourite music while you’re on the road, but keep the volume to a reasonable level so that you aren’t distracted and you can hear sounds from outside your vehicle.

3. Small kids in the car One of the worst distractions you can have in your car is one that’s almost impossible to avoid – driving with your small children.

A study by the Australian Automobile Association revealed that children are 12 times more distracting to the driver than talking on a cellphone while at the wheel. The study showed that parents with small children in the car take their eyes off the road for a terrifying three minutes and 22 seconds in a 16-minute trip – usually to break up fights or calm a fussy baby.

Since you can’t actually stop driving with your children, here are some suggestions to make the car safer for you, and your precious cargo:

In South Africa, the death rate of young drivers is at least five times higher than that of older people

4. Too many big kids in the car In South Africa, the death rate of young drivers is at least five times higher than that of older people, with car crashes being the leading cause of death among people aged 15 to 29 years old. The link above states that some of the reasons for this is that teenagers tend to be in a hurry for no particular reason, accelerating hard and tending to creep through red robots or not stop fully at stop streets.

Another reason for the high road death rate among young people is that they are likely to have more passengers in the car and are more easily distracted by their friends. A study published in the Journal of Adolescent Health in the United States looked at serious crashes involving teens. The study found that drivers were more likely to be distracted before a crash if they were accompanied by passengers. More male drivers than female drivers reported being distracted. The authors of the study say that teens don’t realise how distracting their passengers can be and that having friends in the car promotes risky driving.

For these reasons, if you are the parent of a teenage driver, it is vitally important that you make them aware of the risks associated with distraction and reckless driving, and that you establish rules about the number of friends, alcohol consumption, and general road behaviour. If you are a teenage driver yourself – calm down and slow down.

5. Using your cellphone – even hands free We know that having a conversation on a cellphone while driving decreases our driving capability – and texting even more so. But we tend to think that using a hands-free kit makes all the difference to our safety. However, scientific research has shown that this is not the case.

A Carnegie Mellon University study had participants driving along a winding road in a simulator controlled by a mouse, while lying in an MRI to record brain activity. One group was given a sentence comprehension task to perform at the same time, similar to a mobile phone conversation. The group with the conversation task had far worse outcomes than the group that were focused only on their steering, having more frequent collisions with road edges. Simply put, auditory processing takes up brain power, diverting attention from the safety-critical driving task.

Apparently, this is different from having a conversation with a passenger, because passengers respond to the same visual cues as the driver, and will often stop conversation during a difficult driving manoeuvre, whereas the person on the phone has no idea what the driver is dealing with.

6. Driving while angry or sad Researchers in the United States have compiled evidence from the largest crash-based driving study ever conducted, and they say that it shows that drivers who are angry, sad, crying or emotionally agitated increase their crash risk nearly tenfold when they get behind the wheel.

The lesson here is clear – do your best to calm down before you get behind the wheel.

Drive safe, arrive alive Last year, the AA released new data on road fatalities in South Africa – showing that road deaths were at their highest in 10 years. According to the AA, 14 071 people died on our roads in 2016, which means that every day, 38 people lose their lives as a result of a road accident.

Road safety is something we should all take seriously. It’s not enough to use a hands-free kit or to only drive sober – we all need to drive responsibly in every possible way, and that includes limiting all risky road behaviour. 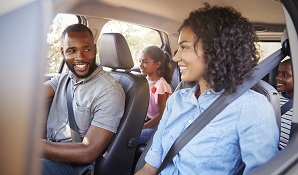 When looking for an entry-level car, affordability shouldn’t be your only consideration. Safety should also be a key concern – and it is possible to buy a safe car that’s affordably priced. 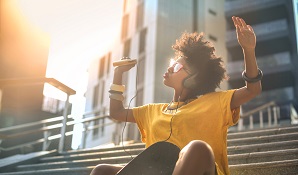 Every parent's guide to the teenage brain

Parents often say that they have no idea how their teenagers’ minds work. But scientific research has provided some insight into what’s really going on in the teenage brain. 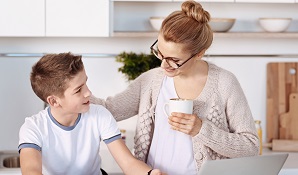 How to respond to your child’s report card

Report card time is when you find out how your child has fared academically in the school year. Here’s how to give feedback to report cards – whether the results are good or bad. 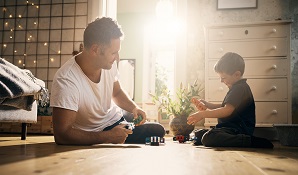 Teach your children the beauty of gratitude

Learning gratitude is part of growing up. Here’s how to help your kids understand the importance of being thankful.