Adoption in South Africa: where, how and how much?

The adoption process can be long and complex. It’s worth knowing what you are getting yourself into, so you can be prepared. 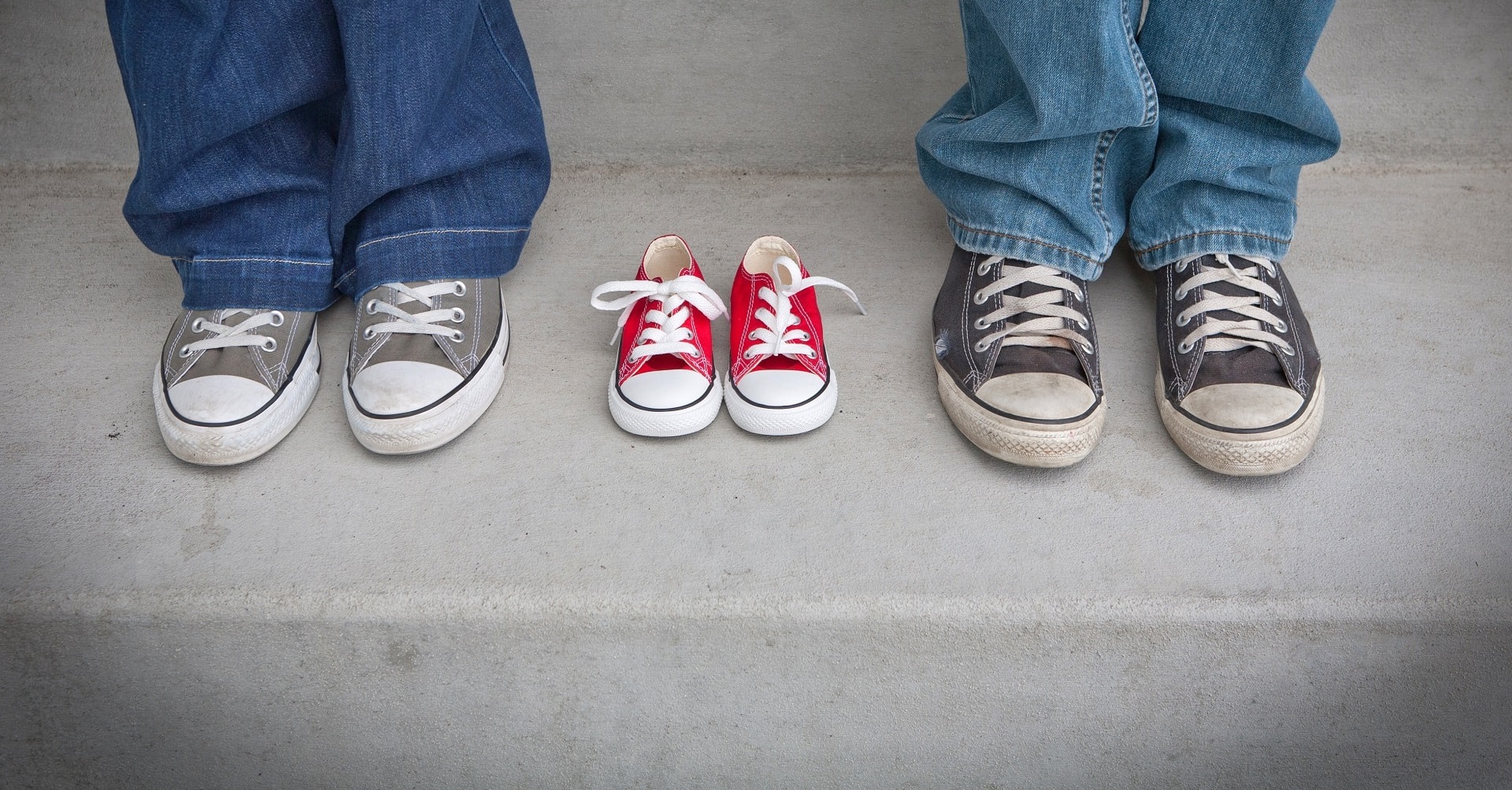 Many families in South Africa consider adopting a child, either because they feel they can provide a loving home for a child who needs a family, or because they are unable to have biological children. Potential adoptive parents should be prepared for a time-consuming and occasionally frustrating process. Patience (and a lot of admin!) is required.  But as adoptive parents attest, it’s all worthwhile when you welcome your new child into your home and family.

1. Screening and approvalAdoptions can only be processed by an accredited adoption social worker and all prospective adoptive parents must be screened before they can adopt. According to Robyn Wolfson Vorster, an adoption advocate, choosing the right social worker is a very important part of the adoption process. Options include working through an agency, a private social worker, Child Welfare or using a Department of Social Development social worker. Robyn suggests that you get a personal recommendation if possible, but you can also use the National Adoption Coalition’s website to find the right social worker or agency in your province.

The screening process is extremely thorough, looking into the prospective adoptive parents’ backgrounds, stability of their relationship, their lifestyles, health, income and expenditure, and their general readiness to provide a home for a child. Your social worker will carry out interviews with both parents (or one if you are adopting as a single parent) as well as a home visit. A police clearance and psychological evaluation are required, and adoptive parents will be checked against the Sexual Offences Register. Adoptive parents need to be 18 or older and South African citizens or permanent residents. However, the Children’s Act does not discriminate on the basis of age, marital status, race, culture or sexual orientation of the adoptive parents.

The adoptive parents will be briefed on what adoption involves. Issues under discussion should include attachment, the adoption triad (the three parties to an adoption: adoptive parents, the adoptive child and biological parents) and their roles, cross-cultural or transracial adoption, talking to your child about their birth story and other practicalities of adoption at the point of adoption and as the child grows older.

At the end of this process, the adoption social worker will review the application, findings and documentation to determine whether the prospective parents are suitable in terms of the Children’s Act.

How long does it take? This approval process takes between three and six months.

2. Matching a child with its adoptive parentsDuring screening, prospective parents are asked if they have preferences in terms of the child they would like to adopt – including gender, race and whether they are willing to adopt an older child, an abandoned child (as opposed to a child placed for adoption by their birth mother), or a child with special needs. They are then matched to a child who has been declared eligible for adoption.

Birth parents who decide to place their child for adoption can only sign consent for adoption when the baby is born, which they must do in court before a presiding officer. Both parents then have 60 days in which they can change their minds – so in most cases the child is kept in a place of safety until that period ends. Although this means the adoptive parents lose out on bonding with their new baby in these early months, it protects both the baby and the adoptive parents from confusion and heartbreak if the birth parents withdraw their consent.

Birth parents may specify which adoptive parents they would prefer for their child.

If the biological father is not known or not present to consent to the adoption, the social worker will try to trace him to obtain consent or allow him the opportunity to raise his child. If he does not come forward in the specified 90 days period, the adoption can proceed without his consent.

If the child was found abandoned and their birth parents are unknown, the adoption social worker must try to trace them before declaring the child adoptable. An advert must be placed to find the parents. But if they do not come forward in the specified 90 days, the child can be declared abandoned and will be eligible for adoption.

How long does it take? The process of matching a child with its adoptive parents depends on the adoption criteria the adoptive parents have specified. It can take as little as a few weeks but can sometimes take years, especially if the parents are very specific about race, age and gender. According to Robyn, many social workers recommend that parents see the process like a pregnancy, meaning that screening and matching will take on average about nine months.

How to raise rich kids

Want your children to be money smart, and achieve financial independence as adults? Follow our expert tips to raise rich kids!

Why is my child not performing at school?

Nothing stresses a parent out like a child who is struggling at school. We look at what could be wrong, and what to do.

Dealing with your kid's anxiety in the pandemic

Is COVID-19 and the lockdown making your child anxious? We explore why and offer tips on how to help them.

3. Legally adopting your childOnce the matching is complete, the adoptive parents will receive what the adoption community refers to as “the call”, a phone call to say the social worker has a child for them. The social worker will then present the adoptive parents with details about the child they have been matched to, and allow them to make the choice about whether or not to proceed with the adoption. Only once the parents have agreed will they meet the child. Depending on the child’s age and circumstances, they may visit the child for a specified time period before obtaining legal permission to take custody of the child.

The adoption must then be approved by the Department of Social Development in the province before the file is sent to a magistrate in the Children’s Court to review and approve the adoption, and grant an adoption order. This order changes the surname of the child, and declares the child is now legally the adoptive parent’s child “as if born to them”. The final part of this process is for the adoption to be sent for registration.

How long does it take? Adoptive parents report that it can take up to a year or even longer for the Adoption Order to be issued and the adoption to be registered.

Once the Adoption Order has been issued, the parents go to Home Affairs to obtain a new birth certificate and ID number for their child and to have their child’s name officially changed (should they choose to do so).

How long does it take? The Department of Home Affairs has specific service levels agreements governing how long this process should take, but adoptive parents report that, again, this part of the process can take a frustratingly long time. Some parents have experienced a delay of two years or more before the new birth certificate is issued.

4. The costs involvedThe cost of adoption varies significantly depending on the different organisations that facilitate the adoption, and whether the adoption is processed by Child Welfare, a government-subsidised agency or a private social worker. According to Robyn, the Department of Social Development and Children’s Court monitor the fees charged to ensure they remain reasonable, commensurate with the service provided, and that birth parents are never financially compensated for placing their child for adoption, which is deemed to be trafficking. Child Welfare and other non-profit agencies use a sliding scale based on what the adoptive parents earn and amend the cost of the adoption accordingly. Adoptions can cost as little as a few thousand rand, although they typically cost between R12 000 and R18 000 (not including the cost of the medical, police clearance and psychological examination, which are usually extras). Adoptions through a private social worker or adoption organisation can cost up to R60 000 (this amount is typically inclusive of all external screening and often includes counselling and support for the child’s birth mother as well).

However, the Children’s Amendment Bill aims to change all this, making it illegal to charge for any of the services – legal, social work, therapy, medical and other costs – associated with adoption. Robyn says this might sound like a positive step on the face of it, but the actual outcome will be that private practitioners will no longer support the process, leaving it up to the overburdened state who are already struggling to process adoptions. “The risk is that already low adoption numbers will decline even further if the Bill is passed,” she says.

Adoption activists are objecting to the Bill, and it remains to be seen whether it will be passed in its current form.

Sharon’s story“We opted to go the private adoption route because, although it is more expensive, it’s more streamlined than government-run adoptions, which are severely understaffed. With both of our adoptions, we went through all the screening phases, including psychometric testing and financial screening. Once approved, we had to wait for the call to let us know we had been selected by a birth parent.

“Ava was with us from birth, but the law changed before Hannah was born, and we had to wait the 60 days before she could be placed with us. We had a failed adoption as well before Hannah, of a little boy who was only with us for one day before his birth mother retracted consent. This was devastating and caused a huge amount of heartache and confusion for our family, especially with little Ava who didn’t understand why she only got to have a brother for one day.

“My biggest frustration has been dealing with the Department of Home Affairs. They do not have the capacity to deal with the complexities of processing adoptions. It took a year to finalise Hannah’s adoption order and name change, with many mistakes along the way. Speaking to other mothers in the adoption community, this seems to be the biggest frustration for all adoptive parents.

“Having said that, if I had to go back, I would still do it all over again. My children are my greatest blessing. I am grateful for this experience – it has taught me so much about unconditional love and blew away every stereotype I’d ever heard about birth parents. It tripled my levels of compassion and awareness. For a woman so barren, I am blessed with two beautiful daughters that challenge me every day.”

Changing their life and yoursWhile there is no doubt that the adoption process comes with its own unique challenges, as Sharon has explained, the rewards are enormous. Being aware of and willing to deal with the bureaucracy around the adoption process is crucial, but when your new baby looks into your eyes and smiles for the first time, it will all be worth it.