Direct life insurer 1Lifedirect has rebranded to 1Life as part of a new strategy to widen its product portfolio in an industry where broker-led insurers are also diversifying into the direct channel. MD Laurence Hillman said on Wednesday that 1Life had embarked on a multiproduct strategy to extend its business into areas such as funeral cover, investments and loans.

The company, part of the Telesure Group, was established in 2006 to sell life insurance online. It claims to have been the first direct life insurer to be established in South Africa, and also the first to offer saliva HIV testing for life policies. Without giving figures, Mr Hillman said the company had experienced growth over the past few years and had expanded into a "medium-sized" direct insurer.

Competition, however, was intensifying, he said, and the industry now had about six direct life insurers. Larger insurers that have always used and continue to use brokers to grow their client base are also going the direct route. There is the same trend in the short-term insurance sector, where companies such as Santam and Mutual & Federal have invested in direct insurers.

Mr Hillman said competition was welcome and so were new distribution channels for selling insurance. "I think there is a place for both the intermediated and direct insurance business. It all depends on an individual’s needs."

He said wealthy individuals requiring complex financial, estate and trust planning would prefer to deal with a broker. On the other hand, young professionals who were used to the internet could prefer buying insurance online or through a call centre.

Mr Hillman said he expected the direct insurance business to grow as it would help to reach a majority of uninsured customers who did not want to deal with brokers. There is, however, still debate on whether premiums charged by direct insurers are lower than those paid by policyholders who have bought insurance through brokers.

Mr Hillman said one of the advantages of direct insurance was that it required fewer staff as it was based on systems. This helped to lower the cost of selling policies. He said the outlook for the insurance sector was promising despite concern about pressure on household incomes, which could affect lapse rates. "This is where you see people shopping around and direct insurers can benefit."

1Lifedirect life insurance: how to submit a claim

Give you more information around how to submit a claim with 1Lifedirect. 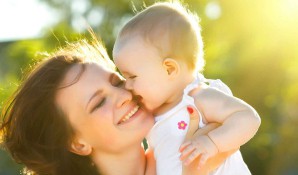 Life insurance cover that grows with you

As your life changes you need to know that your life insurance policy will continue to provide you with the extra life cover you need to protect your family and your assets. 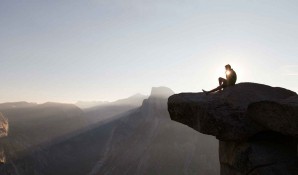 Get more protection for your family

Add disablement cover to your 1Lifedirect life insurance policy and protect your family from any eventuality.

When you purchase insurance from 1Lifedirect you will receive two documents from us: a Policy Book and a Policy Schedule.