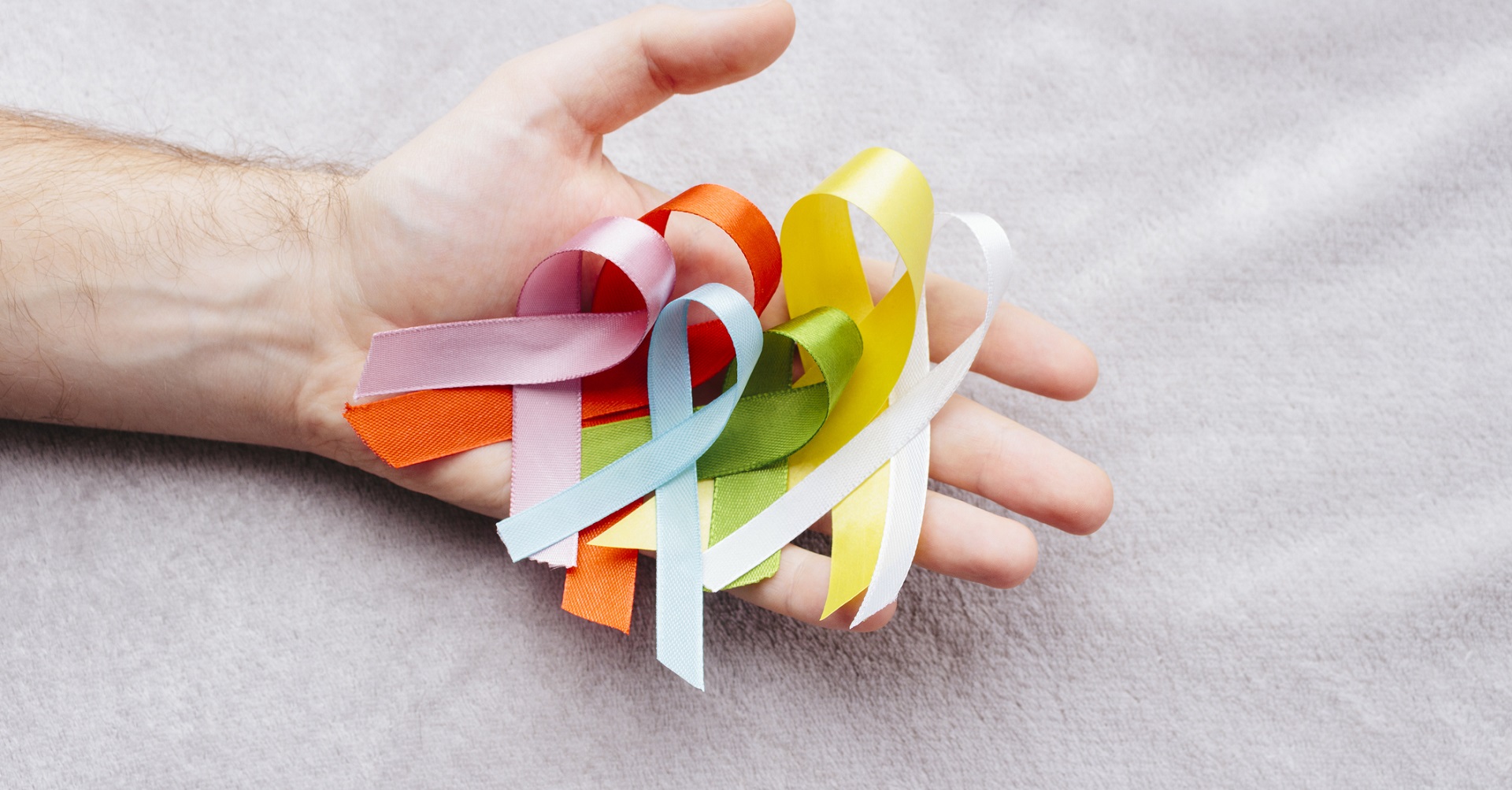 Lauren Segal was diagnosed with cancer four separate times, the first when she was just 23. With excellent medical care and support, she has survived. Throughout her ordeal, Lauren has found strength in reaching out to others, and this year she published a remarkable book, Cancer – A Love Story, a memoir of her survival. We chatted to Lauren about how she made it through, and what she learnt along the way.

Lauren’s cancer journeyIn 1989, at 23 years old, Lauren noticed in the bath that a mole on her thigh had started bleeding. She went to the doctor who at first thought it was a blood blister but sent it off for testing. The next day, he called her and said, “I’m afraid the mole is a malignant melanoma. You need to go to a surgeon right away.” Then added, “You are very lucky to have caught it.” 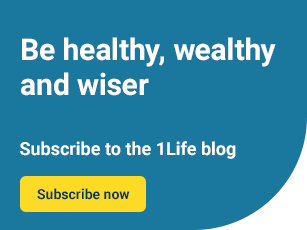 “Luck,” says Lauren. “Such a small word that was to become such an outsized motif in my life.”

The mole was removed, along with a wide margin of surrounding tissue, leaving a cavity in her leg. But she was the “lucky” one, a notion driven home by the death of her much-loved cousin Kevin, from the same type of cancer.

Then in 2011, now married to her doctor husband Jonny, and the mother of Josh and Katya, she was diagnosed with a ductal carcinoma in her breast. Given her high-risk background, her surgeon recommended a preventative double mastectomy. “Nothing can prepare you for that moment,” she says. “I have read how some women respond with courage or witty repartee when they hear the news. I am not that brave. I could barely speak.”

She went ahead with the surgeon’s recommendation, believing she had done her time with cancer. “Cancer two was a temporary hiatus and I could return to normal life. I was overjoyed,” she says.

Then, three years later, a patch of what she had assumed to be scar tissue turned out to be primary lobular breast cancer. Her time with cancer was not done. She had gruelling treatment involving 18 cycles of chemotherapy, surgery and six weeks of radiation.

Then, in 2015, just six weeks after Lauren finished radiation, she found a Stage 1B malignant mole on her arm. “Three cancer diagnoses is tragic. Four is a farce. It is not possible that I think of this disease as an unexpected ‘gift’.”

Another round of surgery left her with another indented scar. And Lauren says that now, her greatest fear is a fifth cancer diagnosis. “If four, then why not five?” she asks.

How Lauren learnt to copeDespite living through the horror of four life-threatening cancer diagnoses, Lauren is still able to see the light. She describes herself as privileged in that she had access to the best possible treatment.

Over the course of four cancer treatments, she developed many coping mechanisms. “I learnt to be kind to myself and step back and say that my job is now to heal myself. We’re not so good at that in a very rushed and busy world,” she says.

And she reached out to other people and shared her journey. The release of her book was part of this life-affirming process.

“I think that with four separate incidents of cancer, I occupy quite a unique position in the world. I have met people with three different diagnoses, but four might be setting some kind of world record. My accumulated experiences allowed me a perspective into the world of cancer and its treatments. I think that the scope and texture of my experience really has given me a story to tell, that can resonate with a lot of people.”

She says that the book and the encounters she has had with other people as a result of writing it has given her a great deal of strength and positivity. “I have had a lot of interactions with people, which has been a very strengthening and edifying experience. It’s a very nourishing thing to be doing, and I feel that I am getting back as much, if not more than I am giving out.”

Lauren shares her advice with other cancer sufferersBecause she has experienced the breadth of cancer treatments, Lauren is able to offer informed advice to others faced with a cancer diagnosis. Her first recommendation to patients who have just had the devastating news that they have cancer is to take things slowly at first.

“There’s usually a bit of time. You don’t have to sort it out right away. So, empower yourself for whatever you think will be the best way to take the journey,” she says.

Then she recommends finding a trusted medical practitioner to help you make sense of the diagnosis and treatment options. “I was fortunate in that I had the support of my husband - a medical doctor - to help me understand. He phoned for my results and broke the news to me. I am immensely grateful for that.”

Then, she says, pick the emotional path through your cancer journey that’s right for you. For some people, this means silence and introspection, but for her it meant reaching out to others - and that is how her book ultimately came into being.

She also believes in the comfort that can be offered by alternative treatments. She turned to a variety of therapies to help her to feel better and more positive while she was undergoing treatment. She made use of a life coach, psychologists, reflexologists, meditation coaches and yoga.

How you can support a cancer suffererFor the friends and families of cancer sufferers, Lauren has the following advice. “Never ask ‘what can I do for you?’ Just do it. Make something from the smallest to the largest gesture. Drop something in the post box or cook a meal. What people in this position really need are acts of kindness rather than to talk about it. ‘What do you need?’ is almost impossible to answer. We are so bewildered by the world, we want other people to take control and find a way to help us.”

However, Lauren says that many people have helped her to find her way out of the darkness. “If I had been left on my own, in my own head and to my own devices, the darkness would have been worse.”

How cancer changed LaurenA person cannot go through the experiences that Lauren has had without being changed. She says she has learnt about the importance of kindness. “It’s the small things that make the hugest difference. In the medical profession, people can be surprisingly inured to being kind, so when people were kind, it changed an experience that would have otherwise been quite traumatic.”

Her experiences have left her with a powerful urge to give back to others who find themselves with a similar diagnosis. “I have started to work closely with the Breast Health Foundation to promote awareness around the importance of early detection of breast cancer among South African women.”

While the experiences that Lauren has been through are difficult and overwhelming, she has emerged with compassion for others and a deeper understanding of herself.

“Throughout my arduous journey into the world of cancer, I have discovered that proximity to death brings with it a proximity to life. I have learnt that luck and unluck, happiness and distress, hope and despair are tightly coiled into a life well lived,” she writes in her book.

Cancer - A Love Story is available from Loot.co.za and some Exclusive Books.

How to beat high blood pressure

High blood pressure is known as the silent killer because you will experience almost no symptoms. That’s why it’s important to check your blood pressure regularly. 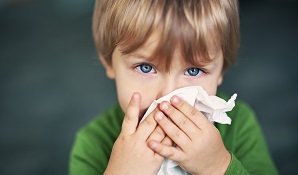 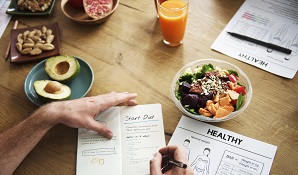