These medical advances could change the future of healthcare for women. The evolution of medical technology could almost be described as miraculous – 3D printers make model valves for hearts, individuals that have suffered facial scarring can receive face transplants, and surgeries can be conducted by distant specialists over the internet. And every day, all over the world, teams of experts are working to create the next breakthrough in medical science. One area that receives a lot of attention – and funding – is women’s healthcare. We take a look at four medical advances that can improve healthcare for women now and in years to come.

Non-invasive fibroid treatmentFibroids are benign tumours that grow in the wall of a woman’s uterus, causing heavy menstrual bleeding, pain and bloating. In the past, fibroids were treated with a procedure known as an open myomectomy, in which they were surgically removed through an incision in the patient’s abdomen. In more extreme cases – or cases in which the patient no longer wanted to have children – a hysterectomy (the complete removal of the uterus and ovaries) was performed.

Now, a new surgery, available in South Africa, is offering relief to millions of women around the world. Known as fibroid embolisation, this minimally invasive treatment involves the insertion of a micro-catheter into the artery at the top of the thigh through a small incision. The surgeon uses real-time imaging to guide the catheter towards the fibroids, and then releases tiny particles that block off their blood supply, causing them to shrink. The symptoms are effectively reduced and there is no further need for surgery or a hysterectomy.

You can self-administer an HPV testIt is estimated that cervical cancer kills 10 women a day in South Africa. Although cervical cancer is largely preventable and treatable, success is limited to women with access to PAP smears, which test the cervix for irregular cell growth, and HPV vaccinations, which eliminate the human papilloma virus (HPV) strain that causes cervical cancer in the first place.

Self-administered HPV tests have been recommended as a way of improving cervical cancer outcomes. Women with a positive HPV result will then be advised about what other tests they need, and how frequently. These self-administered tests have been around for a number of years – and are available in South Africa – but the experts believe that 2017 will be the year that they are deployed globally on a large scale.

It may be possible to grow new human eggsWe’ve always been told that we were born with all the egg cells we are ever going to have, and that we lose them as we age. Now researchers from Oregon and the Salk Institute in California say they may be able to harvest more eggs from polar bodies – small cells that form as waste products when egg cells divide.

These polar bodies would usually disintegrate and disappear during egg development, but when they were harvested and fertilised with sperm, they developed into viable embryos. This could make it possible for fertility laboratories to double the number of eggs available for invitro fertilisation (IVF) treatment.

Uterus transplants can help infertile women to fall pregnantScientists at the University of Gothenburg in Sweden have carried out a number of uterus transplants that have led to successful pregnancies. A similar transplant was carried out last year in the Cleveland Clinic in the United States. While the procedure is not yet commonplace around the world, the fact that it can be successfully carried out gives hope to women who have had their uteruses removed, or were born without one.

Interestingly, uterus transplant recipients can have their new uteruses removed after a successful pregnancy (or two) so that they do not have to spend the rest of their lives taking anti-rejection drugs, which lower immunity and have some negative side-effects.

The future is bright

It’s great to know that medical science has got our backs and is working to solve some of our most pressing medical problems. All these advances have come into being in the last five or so years, so we can only imagine what changes we’ll see in the next ten or twenty! 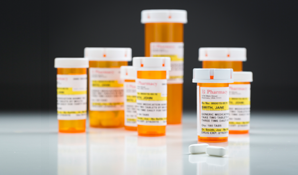 The overuse of antibiotics is putting us all in danger. But how can a patient decide whether or not to accept an antibiotic from their doctor? 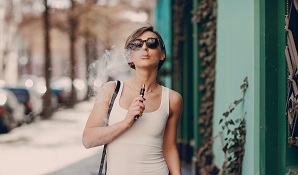 There’s no question that vaping is a healthier alternative to smoking cigarettes, but are there still risks associated with e-cigarettes? We investigate. 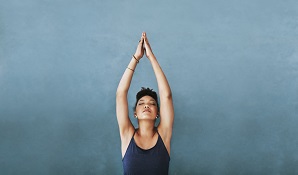 The 10 habits of healthy women

Being healthy is a way of life. These are the habits of women who have made wellness a priority. 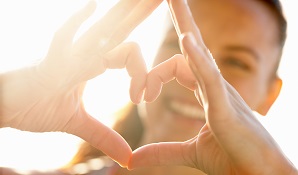 Carrie Fisher’s untimely death reminded us all that heart attacks don’t only affect men. Learn the symptoms – it could save your life!