Why are some insurance claims rejected? And how to make sure yours isn't

Make sure your 1Life policy is watertight with this great advice from our claims team. 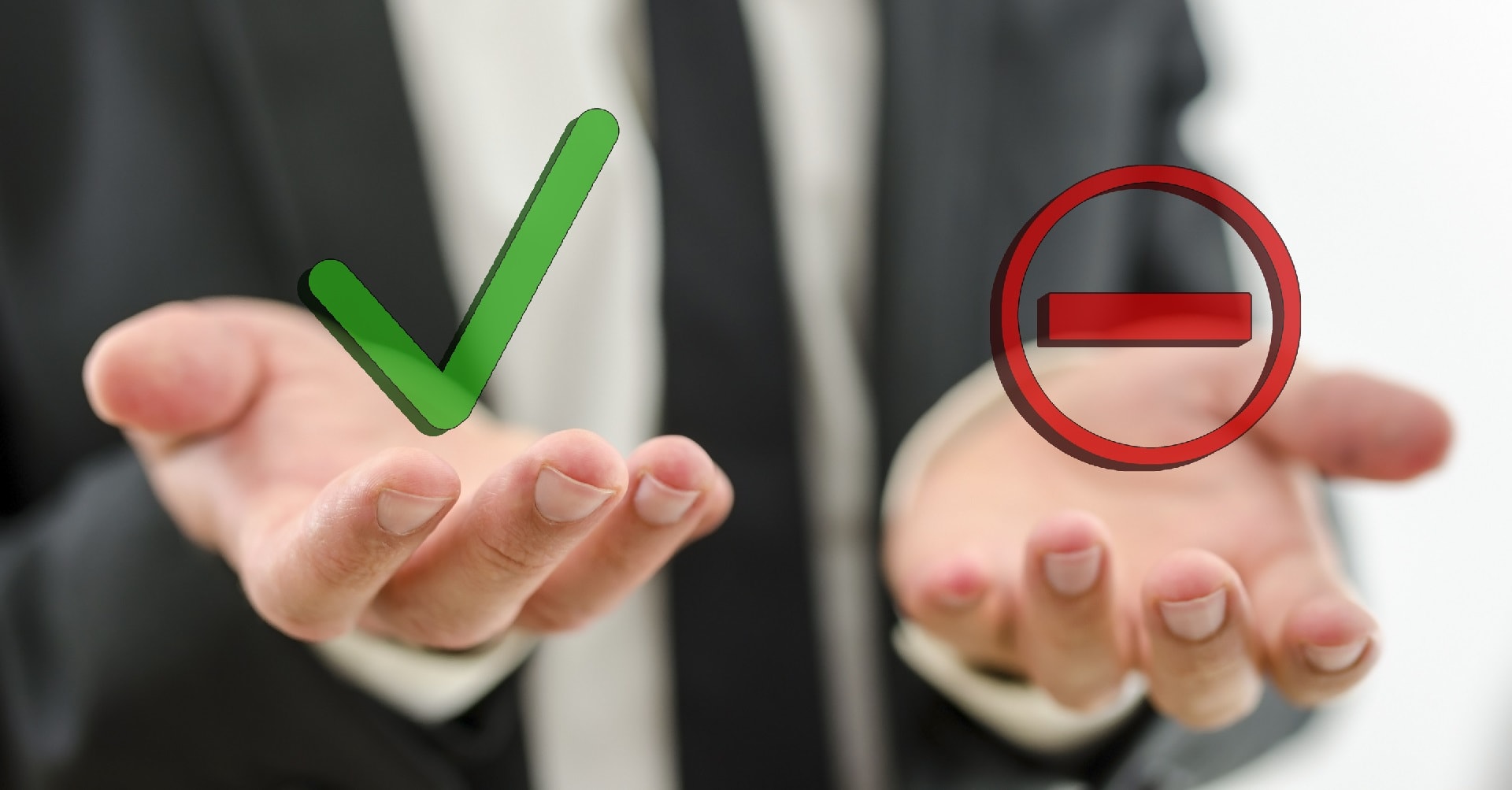 “We look for every possible reason to pay valid claims,” says Pieter van Zyl, Business Manager: 1Life Claims. “Even so, each year a certain percentage of claims are repudiated (rejected) or a lesser benefit amount is paid out.”

Van Zyl takes us through the most common reasons for claims being rejected or reduced, and offers practical advice to make sure that your claim is paid.

Why are claims rejected?

The policyholder has not disclosed all the necessary information“It is important that all relevant information is disclosed when a policy is taken out”, says van Zyl. “Making use of the call centre will minimise the potential for non-disclosure.”

“We prefer to complete a new policy over the phone. That way our sales consultant can guide the future policyholder on what information they should share, to be as completely transparent and honest as possible, and to limit the potential for non-disclosure down the line.”

What a sales consultant cannot do, however, is detect intentional or accidental misrepresentation.

Intentional non-disclosure takes place when a policyholder doesn’t reveal relevant information about a health condition, or makes a condition out to be less serious than it really is. An example of this is when an individual is suspicious that he has a serious medical condition but has not yet had it confirmed by his doctor. In the meantime, just to be safe, he takes out a life, disability insurance or dread disease cover policy. In fact, not disclosing his suspicions is also a matter of non-disclosure.

“Non-disclosure can also be unintentional,” says van Zyl. “There are cases where a policyholder did not receive a proper explanation from his doctor of the seriousness of the condition. We find that this happens quite often in public hospitals.”

“The most common ailments that people are unaware of, but which are indicators of something more serious, are hypertension, diabetes and cholesterol. These are conditions that require ongoing treatment, and must be disclosed at the time of underwriting.”

Lastly, van Zyl cautions that should clients have a reasonable suspicion that there might be something wrong with them, this should also be disclosed to the insurer.

The policyholder has not paid his monthly premiumsThe cover provided by your policy is suspended if regular monthly premiums are not paid. If you continually miss paying your premiums, the contract you have with 1Life, will be terminated.

This becomes a critical issue when a policyholder becomes incapacitated, for instance, in a coma, and is therefore unable to either pay the premiums or to ensure that someone pays. “The premiums have to be paid and if that person subsequently passes away, and the policy has been “allowed” to terminate, the contract between 1Life and the policyholder is no longer in force.

“A policyholder has to ensure there is some person aware of the need to pay the premium, in the event he or she is incapacitated. That is why it is always a good idea to keep your family informed regarding any existing policies you might have. We sometimes find that in a policyholder’s time of need the family don’t know what to do, or are not even aware that they should contact us,” says van Zyl.

A misunderstanding of what the policy entailsClaims are subject to a range of terms and conditions, which the policyholder should make himself, or herself, thoroughly familiar with. It’s important for family members to understand the policy, too.

For example, in the case of life cover, a policyholder may take out a less-expensive limited form of cover for accidental death, which excludes dread diseases and disability. When that policyholder (often also the breadwinner) passes away, the family knows that he ‘had life cover’ and expects to be able to claim. Never having enquired as to what was covered or not covered, they may find that they are not able to claim if he has died of disease instead of in a car accident, for example, in the case of an accidental death cover only policy.

In the case of dread disease cover, policyholders should read their policy book carefully to understand exactly which conditions are covered. For example, while cancer is covered, precancerous conditions are not. “Similarly, heart attacks are covered while angina, the chest pains and discomfort that can be a warning sign of heart disease, isn’t.” cautions van Zyl.

Top tip! It is important that you understand what policy you have with 1Life and in turn what you are covered for. Read your policy and contact us with any questions you might have – we are always here to help.

What to do if your policy is reduced or repudiated?If, after full investigation, 1Life finds that there is no evidence to support paying out a claim (and remember, 1Life is trying to find positive reasons to pay you) that claim will be declined. If the policyholder’s family is still in disagreement with either a benefit being reduced or not paid out at all, they have the option of appealing to the Ombudsman.

“We subscribe to the Ombudsman and if they make a ruling in the policyholder’s favour we will always pay, and not appeal. The policyholder continues to have the right to appeal even that decision, if they so choose”

“In instances where the decision goes against 1Life, the most common circumstances are where the policyholder (or family) presented new information to the Ombudsman which they had not earlier provided 1Life. Had 1Life had that information at the time of claiming, they would have decided the same as the Ombudsman,” explains van Zyl. 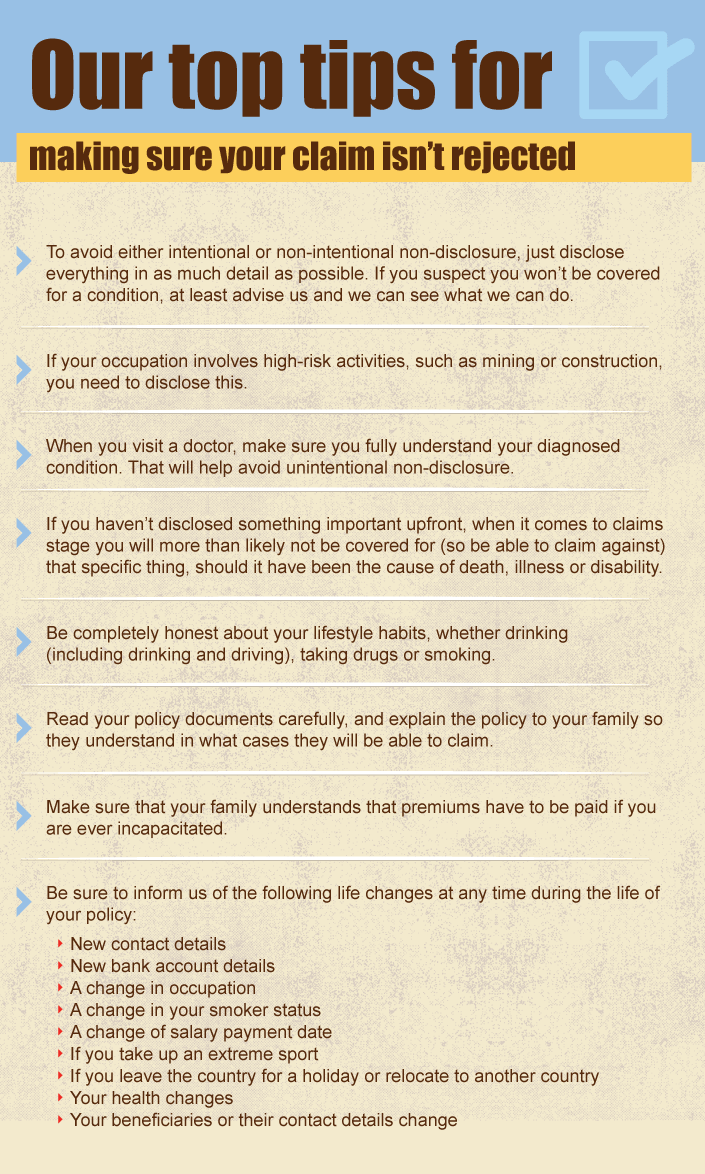 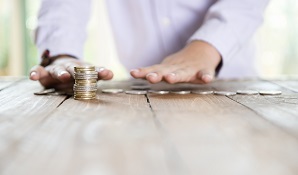 A beginner's guide to trusts

Every parent’s guide to the sometimes complex world of testamentary trusts. (And if you don’t know what that means you will soon!) 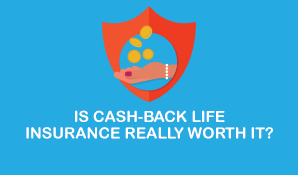 Does it pay to get cash-back life insurance?

There are a number of life insurance products on the market that offer cash back after an extended period without claiming. Are the benefits worth it? 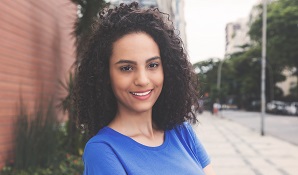 Cancer is fast becoming the leading or second most common source of insurance claims among young people. 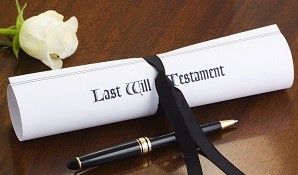 You need to plan for death

It’s never easy to talk about unpleasant things. But Winnie Kunene says you owe it to your family – and yourself – to make sure you do.