These brave cancer survivors share their stories to raise awareness and inspire others. 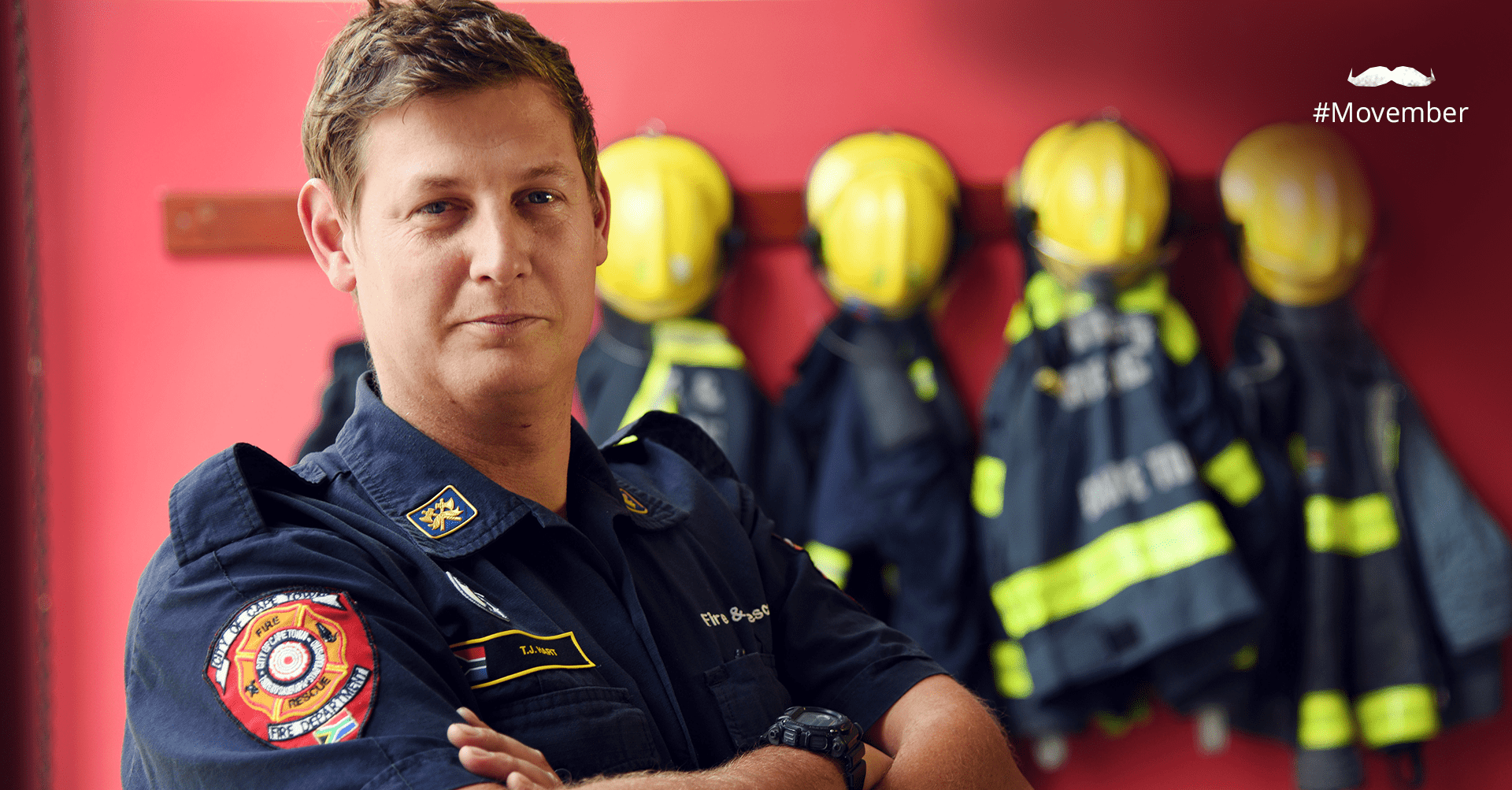 Cancer doesn’t discriminate. It affects men of all ages and from all walks of life. For men, the diagnosis often comes too late – because men aren’t always so good at taking care of themselves and having regular check-ups. That’s why these three men are outspoken about their cancer diagnoses - to raise awareness and help other men get diagnosed and treated early.

Cameron Green, the 42-year-old owner of a digital marketing firm, says that he wasn’t aware that men should examine their testicles regularly, but one day he just knew he needed to see a doctor. “I just had a feeling inside me that I needed to see a doctor. I knew something wasn’t right, and although we tend not to listen to our bodies in that way, I listened to my inner voice.”

The urologist revealed a pea sized tumour in one testicle, and Cameron was scheduled for theatre the same day. A year after his testicle was removed, a test revealed that the cancer had spread, so he had to go through chemotherapy.

Cameron was newly married, and hadn’t yet had children, so he had to think about fertility issues as well. Chemotherapy can stop sperm production, so he stored his sperm at a fertility clinic in Johannesburg.

Since he completed his round of chemo, there’s been no looking back – he’s had 11 healthy years and was able to father two sons without any medical intervention. He says that his wife has been his greatest strength, but that he also interacts with a network of survivors – and he believes that it’s important to share experiences.

“Every young man should check themselves, care for their bodies and look after themselves so they can look after those around them. We need to let go of the stigma. Fathers need to have the freedom to talk to their sons about why to check and how to check. The stigma serves no purpose other than to prolong the time frame of access to care with diminished possibility of survival.”

He says that cancer has stopped him from sweating the small stuff. “There’s no more nonsense. No time to get upset about the small things. I am just thankful to be around for the next few years. There are bigger things that count – family and a wholesome environment.” Timothy Hart, a 32-year-old firefighter, is an avid cyclist. He took a fall on a tour, and a few weeks later his testicle was still sore. He also started to have sensitive nipples. He googled his symptoms, which indicated testicular cancer.

It took him another couple of weeks to work up the courage to go to the doctor about it. “I felt embarrassed and ashamed. It’s not like a cut finger or a broken arm. It’s a very private, sensitive issue,” he says.

The urologist removed the testicle, and referred Timothy to an oncologist. Together, they decided to delay chemotherapy and watch Timothy’s markers carefully. Unfortunately, four weeks later, they came back positive, and an emergency scan revealed a tumour in his abdomen.

Because of its position close to his spine, the doctors couldn’t operate on it, but with three courses of chemo, the tumour shrank down to the size of a pea and calcified. There’s only a 1% chance that it will come back.

“I don’t like the term cancer survivor. My motto is that I am dealing with my cancer. I’m having my checks done. I am eating healthily. It’s always going to be a part of my life, no matter what. But at the end of the day, no matter what cancer you’ve had, you have to look after yourself and enjoy life.”

Timothy is married to Ondria, and they have a young son, and their daughter was born just after Timothy had his surgery. He says it was very tough to miss out on all the joys of a new baby because he was so ill.

He says that his employer, the City of Cape Town, were very supportive and gave him all the sick leave he needed to complete his treatment. The firefighters he works with also stood by him.

“When I lost my hair, quite a few of my mates shaved their heads in support of me. In the fire service, we’re like a little family. When one guy is having a bad day, we’re all there for him.”

He says that there is not a lot of support in South Africa, because guys don’t like to talk about testicular cancer. “If you feel any lumps or pain or tenderness in your testicles, get yourself checked by a doctor. Women do it all the time for breast cancer. Men need to do it too for testicular cancer.”

The city councillor and business owner 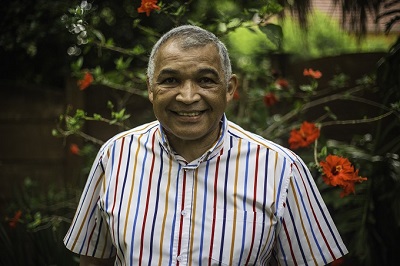 David Lucas, an ex-Johannesburg city councillor, now motor spares business owner, knew the drill: after 40, men should have prostate examinations once a year. But, as he says, “men don’t like going to doctors, and find the test invasive,” so he didn’t keep up the routine.

Then, when he was 54, with his last examination four years behind him, he started to have pains in his fingers. He went to his GP, who ran some tests. The GP called David in to say he had gout – and prostate cancer.

He was initially treated with brachytherapy, the implantation of radioactive seeds in the prostate to shrink the tumour. When that proved ineffective, the oncologist recommended radiation. David says the resulting exhaustion was like “having a ton of wet sand dropped on you”, and he was working as a city councillor at the time.

He says that as a cancer patient, he had the chance to make things right in his life. “People who are killed in accidents or from heart attacks do not have such an opportunity. Nobody can make their lives perfect, but cancer patients can look at their life and make changes. From a spiritual point of view, it’s done a lot for me – it’s made me see my place in the world.”

After his remission was announced, David went on a holiday with his whole family – two sons and a daughter – to reconnect with them. “It’s made me understand and value my children, my spouse and my family members. Life is not infinite.”

His message to young people is: “Please get checked once a year. Early detection makes the difference.”

David is an ambassador for the Cancer Association of South Africa (CANSA), and is launching a foundation that people can donate to on their birthdays – asking friends for money for good causes instead of gifts. 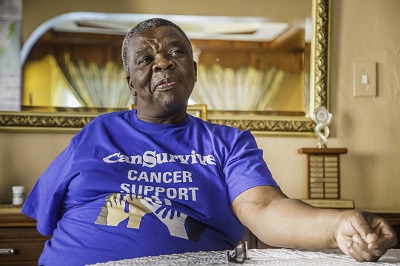 Wilton Tshakaza is 65 years old, married with four children and eight grandchildren. In 1986 he was involved in a terrible motorcycle accident where he lost his leg and arm. The perspective this gave him on life meant that when he was diagnosed with prostate cancer in 2009 at the age of 57, he didn’t see it as much of a challenge.

Wilton is fortunate that his prostate cancer was diagnosed early, he was only in stage one. He had blood in his urine, and he knew that wasn’t a good thing, so he went straight to the hospital. His healthcare team explained what was wrong with him, and that he could choose between prostate surgery or radiation.

“I was scared of the surgery, so I chose radiation,” he says. “The doctors were very good. They prepared me and my wife for the side effects of the treatment. We had never heard of prostate cancer so we didn’t know anything about it. My wife and my children have been a great support for me.”

The radiation worked and Wilton’s cancer is now in remission. He goes for check-ups twice a year, and continues to live his life with an overwhelmingly positive outlook. One of the things that he says has helped him through it all has been to talk about it. He is involved with Campaign4Cancer and the Cancervive Soweto support group, and is active in raising awareness in the community.

“It helps a lot to talk about it. People my age don’t know what a prostate is. I wish all of us men would go and check once a year for prostate, because it’s a slow-moving cancer, but people only find out really late that they have it. Early detection is better because then they can avoid chemotherapy or surgery.”

Life has thrown serious challenges at Wilton, but positive attitude and his generosity to others continue to be an inspiration to us all.

Great inspirationThese brave men live their lives to the full, despite their diagnosis, and they are an inspiration to us all about positive thinking and the power of talking about it. They shared their stories in the hope of inspiring others to conduct regular self-examinations, be aware of the symptoms, and talk about what they are going through if they do receive a cancer diagnosis. 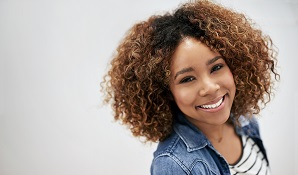 The breast cancer gene – should you get tested?

You can get tested for the mutated gene responsible for some breast cancers. But not every person should have the test. Find out why. 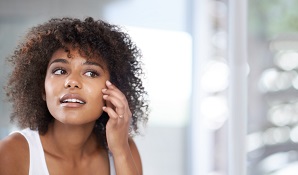 Sometimes illness isn’t as straightforward as a sore throat or a tummy ache. These surprising symptoms can often be the sign of an underlying condition. 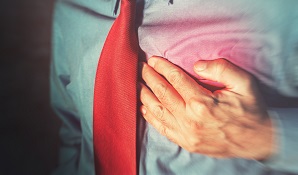 Not all heart attacks start with a pain in the chest. Learning to spot these early warning signs could save your life. 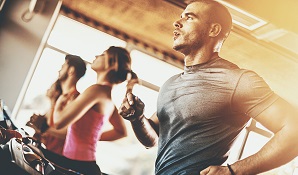