New ways to save! Meet the woman who bought half a house

Given the high cost of buying and maintaining your own home, people are looking for more affordable ways to buy property. We spoke to two people who had tried co-ownership - one who bought a house with a good friend, and another who invested with her granny in a property with a granny flat. Could you live better and save money this way? Read their stories and decide.

Angela* lives in a four bedroomed property with a big garden in a good suburb. She moved in 19 years ago at the age of 45, when she and a friend bought the property together.

Angela had been working on and off in the US and wanted to buy a house in her hometown, Cape Town. So did Andrew, a friend she had known since Grade 10. Both enjoyed a reasonable income, but it wasn’t enough for them to each be able to afford a large home. So, they decided to co-own. Angela found a suitable property, they took out a joint mortgage, and lived in their respective sections of the house.

“The house was divisible into two parts,” Angela says. “We each had a lounge, kitchen, living area, bedroom and bathroom. And we had our own patios leading onto the beautiful garden.”

Angela says the arrangement worked really well, even though they didn’t have a formal agreement. “It was all done on trust, probably something no one would advise - but it worked for us.”

When they bought the house, they each put down a deposit (equal amounts), and shared maintenance costs. For example, one week Angela paid the gardener, the next Andrew did.

After 19 years of co-owning, Andrew decided to move out and sell, and Angela bought his half of the house.

Sarah’s story: We needed more space and a co-living arrangement

Sarah’s journey into co-owning and co-living started with family responsibility. Her grandmother, a stubborn 92-year-old in the early stages of dementia, wanted to live as independently as possible, but needed someone around for emergencies, and as Sarah says, “to make sure she didn’t burn the house down.” 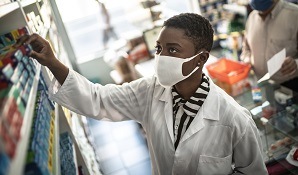 Want to pay the cheapest prices for your painkillers and prescription medication? We compare pharmacies to find out how much you could pay.

Is it cheaper to Uber or Bolt or own a car?

You don’t need to own a car to get around. Ride-hailing services like Uber and Bolt can do the same job! But does ride-hailing cost more or less? We find out.

Here are the cheapest heaters to run this winter

We look at what heaters are available in South Africa, how much they cost to run, and which is the most-cost efficient.

Sarah, a single mom, was the family member who stepped up. She and her grandmother sold their individual properties and pooled their funds to buy a property with a flat for gran to stay in. Sarah also built accommodation for her domestic worker on the property.

While the move to co-living was a family decision, it meant Sarah could own and live in a larger property with more rooms. More rooms also meant her brother could rent from her while he was studying. In addition to contributing to the purchase price, her grandmother contributed to the running costs. And there was the added advantage of being close to her children’s school.

Her gran lived to 102, and although needing full time care at the end of her life, remained in the granny flat on the property they had bought.

Sarah sold the property when her children moved out. “It didn’t make financial sense and I was rattling around in a great big house!” She has now downscaled and lives in a smaller, two bedroomed property.

Interestingly, Sarah’s daughter has followed her co-owning example. She and two friends, who had been living in apartments, clubbed together and bought a nice house with a big garden. Something they would never have been able to do on their own. And they saved more than they thought. “Moving into one house helped them each cut their housing costs in half – and they have their own outdoor space,” Sarah says.

Co-living versus co-owning – what’s the difference?

Co-owning
Two or more people jointly own a property. This is a legal arrangement, as the owners are named on the title deed. Ideally, there should be a formal agreement between the parties with details on how costs are shared and what happens when the property is sold, or one owner passes on. This could simply be a written, signed document, or you could ask an attorney to draw up a legal agreement.

Co-living
You live in the same space, but usually with some rooms you use exclusively like a bedroom and bathroom. The kitchen and lounge may be shared, or you may each have your own. You share the costs, irrespective of ownership. Again, some sort of formal agreement is a good idea.

You can co-live and co-own or do one or the other.

Three reasons to co-own and co-live

Affordability
For those we spoke to this is the main reason for co-owning property. You share the costs, like home loan repayments, security, pool maintenance and entertainment. With two paying, you have more money to spend, which means you can afford a nicer house or get into a better neighbourhood than either of you could buy alone.

An added advantage might be that if you are able to buy in a good area and you maintain your property well, the value may increase accordingly - giving you a good return on your investment when it is time to sell.

Companionship
Living alone can be lonely. Just think how lonely lockdown has been for so many. Co-owning or sharing a home provides companionship.  Yes, there will be niggles and disagreements – but for many these are minor compared to the benefits. Sharing responsibilities, chores and admin can be helpful, and if you are lucky you might have a baby-sitter, or a dog or cat minder when you are away.

Security
Many people feel safer with another person (or persons) on the property.

Could co-living and or co-owning work for you?

If you’re considering this option, here’s some advice from those who’ve done it:

Homeownership doesn’t have to be a dream, something only the rich can afford. New ways to live can and do work for some and give so many more an opportunity to own and live in a nice home, with a garden in a good suburb - for much less than they would have thought.

*All names have been changed.